Get a Free Quote

Las Vegas is well-known for its highest population of scorpions. While scorpion encounters can occur anywhere in the U.S., they are particularly prevalent in the Southwest. So, what makes scorpions so attracted to South Nevada? And more importantly, how do we exterminate scorpions in Las Vegas?

Scorpions are predatory arthropods. They belong to the class Arachnida and the order Scorpiones. There are more than 2,000 different species of scorpions, but only about 25 varieties are in North America. Scorpions have eight legs and a pair of pincers (claws). They use their pincers to catch prey, but they can also use them for defense. The stinger on their tails is for injecting venom.

What do scorpions eat, and what animals eat them? 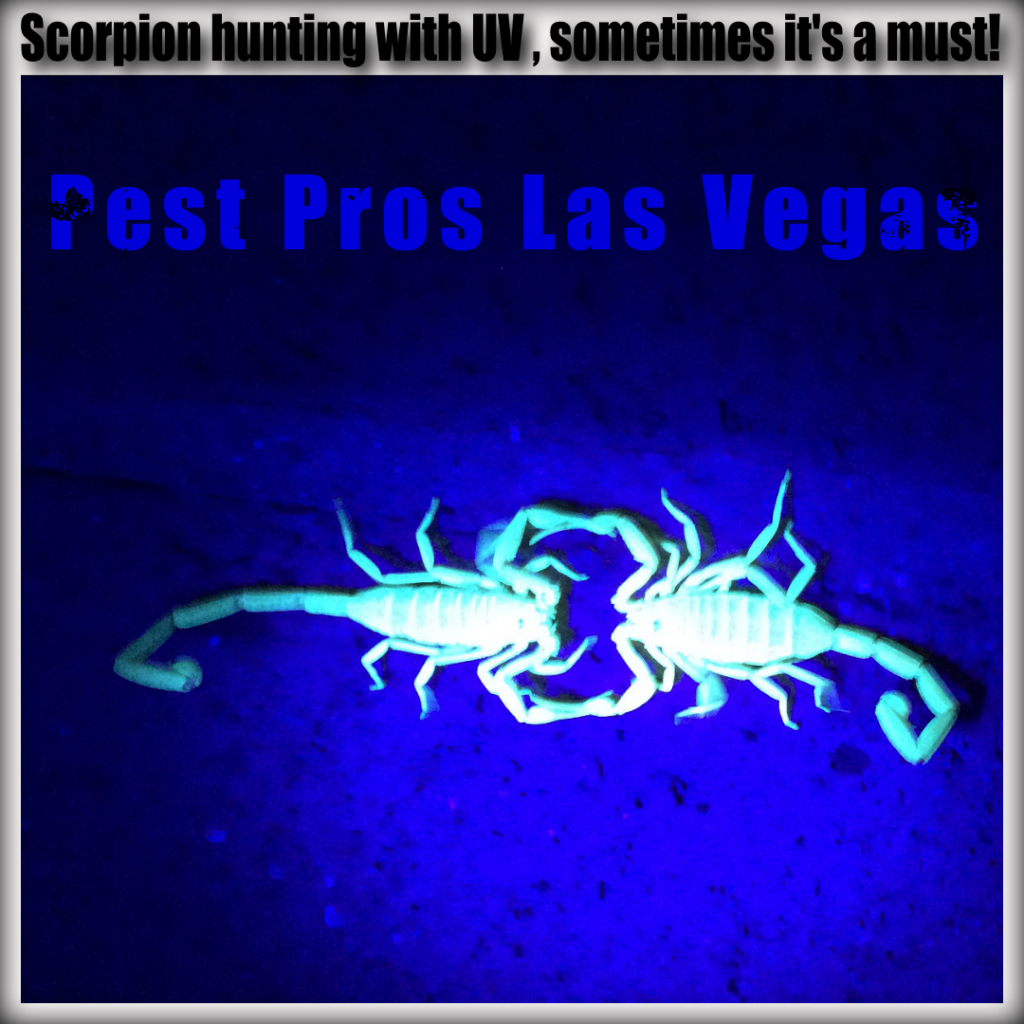 Scorpions are omnivores, which means that they eat both plants and animals. They have a varied diet that includes insects, spiders, other small animals, and sometimes even fruits and vegetables. Because its natural tendency as a predator is to hunt food, they enter your home and business searching for a meal and shelter. Their broad-range diet allows them to live in variable habitats, including deserts, grasslands, and urban areas.

Despite being venomous, scorpions are valuable prey because many are relatively large and abundant. Owls and bats love eating scorpions for a snack, being both are night predators. In this regard, scorpions may have a distinct disadvantage by glowing in the dark. Lizards, snakes, rodents, frogs, and toads all eat scorpions.

Where do scorpions live?

Scorpions thrive in the desert. Hence, it’s no surprise to find them in abundance in Las Vegas. They love to live in warm, dry places near homes, businesses, and other structures. That’s why it’s so important to prevent them from invading your space. The scorpions in Las Vegas are mainly brown scorpions, which are not deadly but can sting. The main reasons for the high scorpion population in Las Vegas are the warm weather and ample food supply.

How can we exterminate scorpions?

Scorpions are prevalent in Las Vegas because the climate is perfect for them. The hot, dry weather is ideal for their survival. Because of the temperate climate, they can easily hide in the many crevices and cracks around homes and businesses. While they are generally not harmful, they can deliver a painful sting. Scorpions are one of the most common pests in Las Vegas. While they are not deadly, they can be dangerous. They can cause serious harm to both humans and pets.

If scorpions are around your home or business, call Pest Pros. We’re the professional scorpion exterminator in Las Vegas who proudly provides the valley with the most affordable pest control service. We’ll get rid of these pesky critters for good! Guarantee!